Flugmagnet for Ensemble will be performed by the formidable Russian Studio for New Music. The piece was originally commissioned and premiered by Ensemble Recherche in 2017. After its performance by Platypus Ensemble in Vienna in spring 2018, the Studio for New Music will give it its Russian premiere.

The performance will take place as part of the ensemble’s program Projection of the Contemporary Music – Switzerland, In the Rakhmaninov Hall, Moscow, on March 14, 2019 at 7pm. 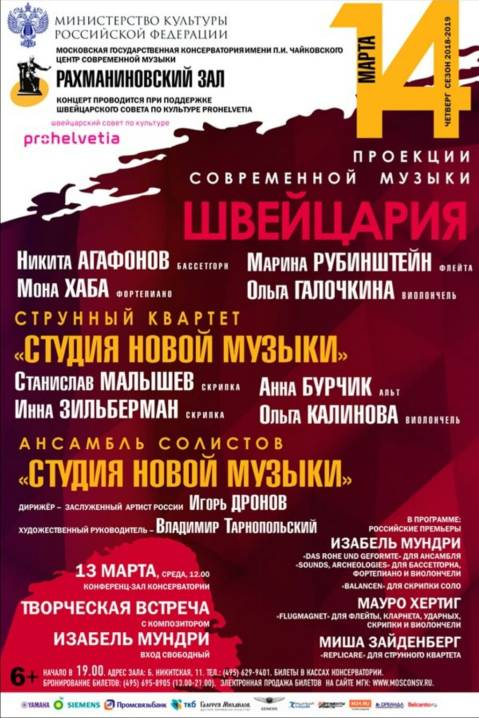